We take stock of 2020 and look back at the trendy shopping and desires that have been the most sought after by celebrities and casual shoppers over the past 12 months.

In the summer of 2020, a gown with a strawberry print by Lirika Matoshi made a splash on social networks. The cottagecore dress came in handy during the pandemic when shoppers opted for simple clothes that are comfortable to wear at home. The look became popular with the help of Avery Mayer. The blogger captured the unboxing of the outfit and posted it on the network. After a while, users staged a real flash mob: numerous memes, fan arts, and videos with this dress were all over the Internet. Later, some celebrities such as Joey King and Tess Holliday also tried on the Lirika Matoshi gown. 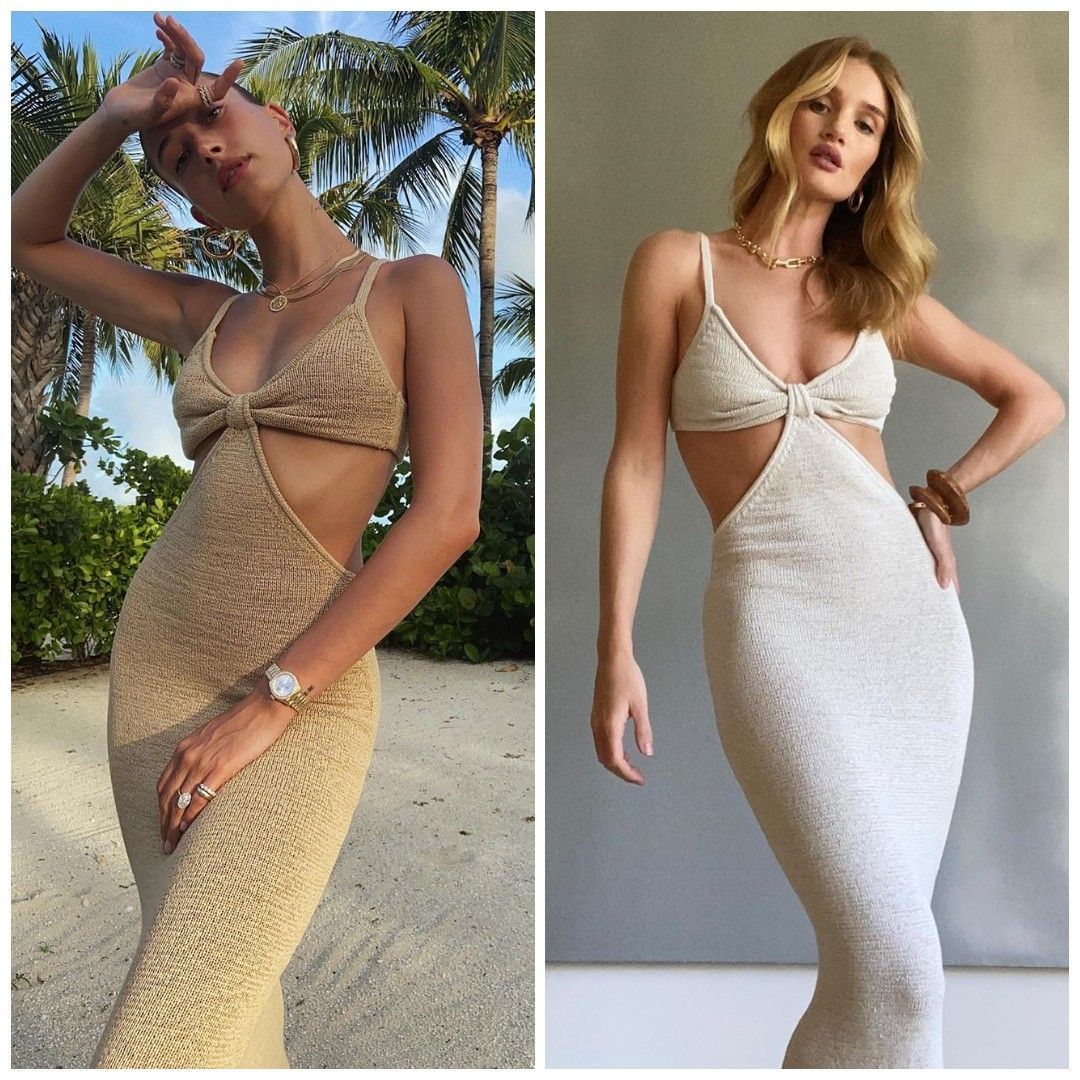 This is definitely the main print of the year! In August, Beyoncé released a video for the song "Already," in which she appeared in a jumpsuit with the Marine Serre's crescent-moon print. In just 48 hours after her release, searches for the brand's name and signature print rose 426%, sparking a boom in social media. Adele, Dua Lipa, and many other stars have tried on the Marine Serre jumpsuit, cementing its status as the main fashion purchase of the summer.

The popularity of certain items is largely influenced by celebrities. When a modern style icon Harry Styles appears in public, his millionth fan army wants to get the pieces of his look ASAP! That is what happened with the J.W. Anderson patchwork knitted cardigan. Styles' fans have taken the spokes and created dozens of cardigan replicas to emulate their idol.  After that, J.W. Anderson's piece has become, if not the most popular purchase of the season, then certainly the most popular cardigan this year.

The Dior x AirJordan limited-edition sneakers claim to be the most popular collaboration of 2020. For the first time, the model was demonstrated during the Dior men's fall-winter 2020 show, and it was possible to purchase them in July. In total, 13 thousand copies were released, of which only 8 thousand pairs went on free sale - the rest went to friends of the brand. According to Air Jordan representatives, the sneaker caused incredible excitement - more than 5 million people tried to buy them, despite the high price of $ 2,000. Dior x Air Jordan sneakers are currently available in the aftermarket for up to 300% more than the original price, according to StockX. Many celebrities, including Kylie Jenner, could not pass by the fashion purchase as well.

Collaborations with Valentino, Proenza Schouler, and Rick Owens ensured the popularity of Birkenstock sandals. Searches for this comfortable spring/summer shoe were up 225% in Q2 2020. Gigi Hadid, Heidi Klum, Kaia Gerber, and many others adore wearing them in everyday life.

Perhaps, this bag, which is quite simple in design and execution, would never have been noticed without Alexandria Ocasio-Cortez.  The Congresswoman made her public appearance with this accessory. After the politician's fiery speech by the politician, the number of requests for the brand name increased by 163% in just a week and continued to grow. Among the fans of the fashion accessory also are Selena Gomez, Bella Hadid, and Oprah Winfrey.

Who could have imagined that all fashionistas worldwide would choose a face mask as the main object of desire?  However, the coronavirus pandemic has turned this wardrobe item into a real must-have. And the most popular among consumers was the mask created by Virgil Abloh for the Off-White brand. After the accessory was released in January, the demand for it has grown by 450%. Such incredible popularity is quite simple to explain: Off-White became one of the first major brands to catch the trend for face masks and released a laconic model on time. Among those who were lucky enough to buy a fashion accessory were Angelina Jolie and many other stars.

As for jewelry, the main object of desire was the gold earrings created by the Missoma jewelry house in conjunction with the fashion influencer Lucy Williams. Williams was inspired by designs from the 80s when creating her jewelry. These laconic earrings have resonated with hundreds of girls worldwide, including Bella Hadid, Alexa Chung, and Rosie Huntington-Whiteley.

Публикация от We Are Missoma (@missomalondon)