Why Michael Costello is discontent with Kylie Jenner's Instagram 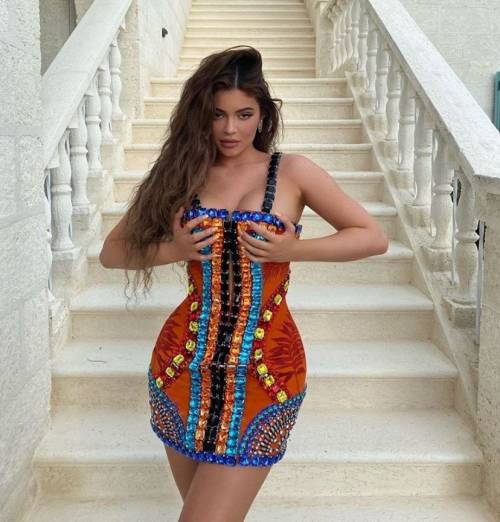 23-years old businesswoman and member of the Kardashian family Kylie Jenner has almost 190 million Instagram followers. She has also earned the reputation of a fashion influencer by posting photos, dressed in the different label's outfits. However, not all of her audience supports the way she does that.

One of them is Michael Costello, the participant of the famous American TV show called "Project Runway" and fashion designer, who styled Beyoncé and Michelle Obama. He points out that Kylie gives "tags" preference only to the established and world-famous brands, as in her last photo in a Balmain dress from its creative director Oliver Rousteing. According to Costello, in such a way, younger designers who "work tirelessly around the clock on custom looks who she won't tag, mention, or @…unless it's paid," keep staying behind the scenes and are never being deservedly credited. "Why not tag at least one? Not all the time but maybe once in a while," the designer continues indignantly.  By the way, Costello himself has never been mentioned in Kylie Jenner's Instagram, despite creating many of her looks. However, "this post has nothing to do with me [Castello] as Kylie only wears something from me once a year and I'm lucky if I get a decent pic to post," Castello dispels any doubts. As for now, the celebrity didn't make any comments.

Previously Kylie Jenner was in the epicenter of another major "tagging" scandal when she didn't credit the Black-owned fashion label "Loudbrand Studios" creatively directed by Jedidiah Duyile. That time the celebrity made her point of view clear in one of her tweets. "I think this brand is amazing and I wanted to show support and will continue to do so. Everyone go check out @LoudBrndStudioslater," she wrote, eventually tagging the designer.

Claudia Schiffer's new role: the supermodel will be curating an exhibition of fashion photography

In one color: our guide on how to compose monochrome outfit summer 2020

3 atypical scarf models: are they wearable this season or not?

Not only for men! Raf Simons is launching a womenswear line

Are skinny jeans dead? Don't rush to the funeral!

For the record: brief resume of the 7 more common types of dress code