Salvatore Ferragamo: a shoemaker who made his dreams come true | World Fashion Channel
Our site uses cookies and similar technologies to ensure the best user experience by providing personalized information, remembering marketing and product preferences, and helping you get the right information. By continuing to browse this site you agree to our use of cookies following this notice concerning this type of file. If you do not agree that we use this type of file, then you must set your browser settings accordingly or not use the wfc.tv website.

"There is no limit to beauty, no saturation point in design, no end to the material." It is a blessing for every parent when a child knows what to do with his life. It was the case of young Salvatore: Bonito-born boy, still in his tens, independently chose a path of a shoemaker. But it wasn't just a baseless desire: poverty and 13 other siblings were pushing Salvatore Ferragamo to start learning and working in the footwear industry.  Determined in his choice, he hit above his weight for the son of the Italian peasant: a 14-year-old teenager Salvatore traveled to the United States in the search for fame and new skills. And indeed, he spent fifteen productive years in California, studying human anatomy and chemical engineering, buying Hollywood Boot Shop in L.A., and gaining popularity for his high-level craftsmanship. Despite quite an impressive American start, he returned to Italy and settled down in the artistic capital Firenze to found his workshop in 1927.

Soon, the master opened his boutique in spectacular 13th-century Palazzo Spini Feroni, which later became permanent headquarters of the brand. The designer's company was able to stay successful even despite two financial crises and the Mussolini regime.  "A shoemaker to the stars" - this was the nickname granted to Salvatore Ferragamo by some of the press. And it wasn't only because of his connections to the world of Hollywood - Ferragamo approached his work with all the seriousness, crafting such models that would have become the most comfortable pair of shoes for the customers. His versatile knowledge allowed him to produce both artistically colorful and well - balanced, fit styles, with the innovative foot measurement system he introduced. Those and after-WWII years were the times when Ferragamo's most famous creations came to life. Among them were the 1938 "wedges" for Judy Garland; F-shaped heels with the transparent upper nylon thread received the Neiman Marcus Award in 1947;  "Kimo" sock sandals and the metal stiletto heels, worn by Marilyn Monroe in the iconic movie "Some like it hot." The shoe designer wasn't even pushed back by the limited materials and experimented with the fishing wire and cork along with the traditional leather.  In total, as many as 369 patents are listed on the name of Ferragamo. 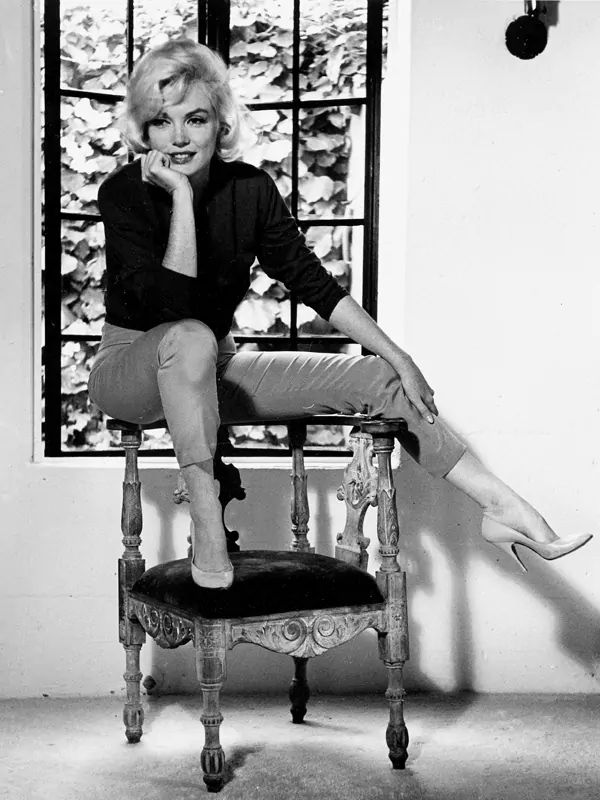 Even when Salvatore Ferragamo passed away in 1960, his brainchild continued flourishing - under the watchful eyes of his wife Wanda and 16-year-old Fiamma, the eldest of his three daughters. "Everyone was surprised by my decision to run the company, but I realized it was no use to be alone crying about my destiny," the widow, or "Signora," said in some of her interviews. Fiamma, dubbed "fashion's teenager," later became the manager not only of shoe collections, but also of leather bags and accessories. The Ferragamo daughter was at the head of low-heeled Vara shoe with a grosgrain bow, a best-seller since then, and "Gancini" bag, reminding of an office-like suitcase. Started with not many more than 800 pairs of shoes per month, ladies achieved unachievable: the number doubled nearly 75 times in a decade. However, the Ferragamo sons remained a part of the family business as well, gaining various roles in the management team.

Established by Salvatore, the relationship between the brand and movie industry stayed tightly intertwined through the years. Such stars as Drew Barrymore in 1998 "Ever After - A Cinderella Story," and Nicole Kidman in 2008 "Australia" wore the famous shoes.

Massimiliano Giornetti was the one who was passed the legacy after the sudden death of Fiamma Ferragamo in 1998. He became the first actual Creative Director of the company and guided it around 16 years in total. Underlining the brand's tight connection with the history and art, Giornetti chose iconic cultural spots of Louvre and Californian Wallis Annenberg Center for the Performing Arts to show his collections to the world.

During the last four years, Salvatore Ferragamo has been guided by Paul Andrew. He quickly caught up with the artistry DNA of the brand and its mission to immortalize all possible diversities and complexities of the modern era. He attempted to capture the beauty of the Italian heritage in his latest SS2020 collection and recreated the images of Florence's Neptune Fountain as the dresses and shirts prints. Besides, Andrew felt it was the time to resurrect the Vara model, also as a nod to passed away Wanda Ferragamo, at the age of 96. Shoes still play the most important part of the business, accounting for nearly 40% of the brand's production.

In his autobiography “Shoemaker of Dreams” Salvatore wrote that one of his biggest wishes was to once "dress a woman from toes to head." Thanks to his family, his dream was able to eventually come true, perhaps, even with the greater success than the little boy from Bonito might have ever dared to imagine.